A downloadable game for Windows and macOS

I.F.O is an old school LCD-style shoot'em up game.
You have to shoot UFOs using a classic aircraft and save the animals kidnapped by the aliens.
Let's save the Earth from the aliens! You are the last hero of the world.

●Very simple controls - You can rotate aircraft by left & right buttons. and you can dash by pushing both buttons together. That's all.

●Unique weapon & item - You can change weapon while saving the animals kidnapped by the aliens. And you can recover your life at the same time. Depends on the kind of animal, you can earn a heart piece which make your maximum life larger.

Title BGM is OTOnoniwa
In game BGM is Skipmore

Total Battery is a game dev studio based in Seoul, South Korea. It started out in 2014, team member is Gon Lee, just one-man.He have keep making old LCD style games like Game&Watch, TigerGames.

In order to download this game you must purchase it at or above the minimum price of $1.99 USD. Your purchase comes with a Steam key. You will get access to the following files: 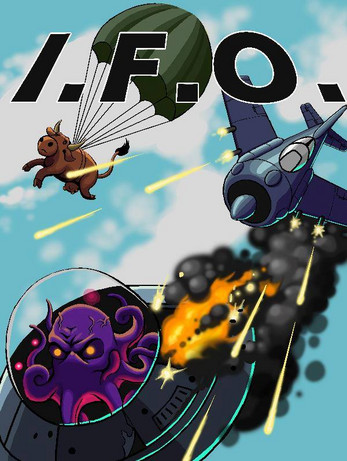